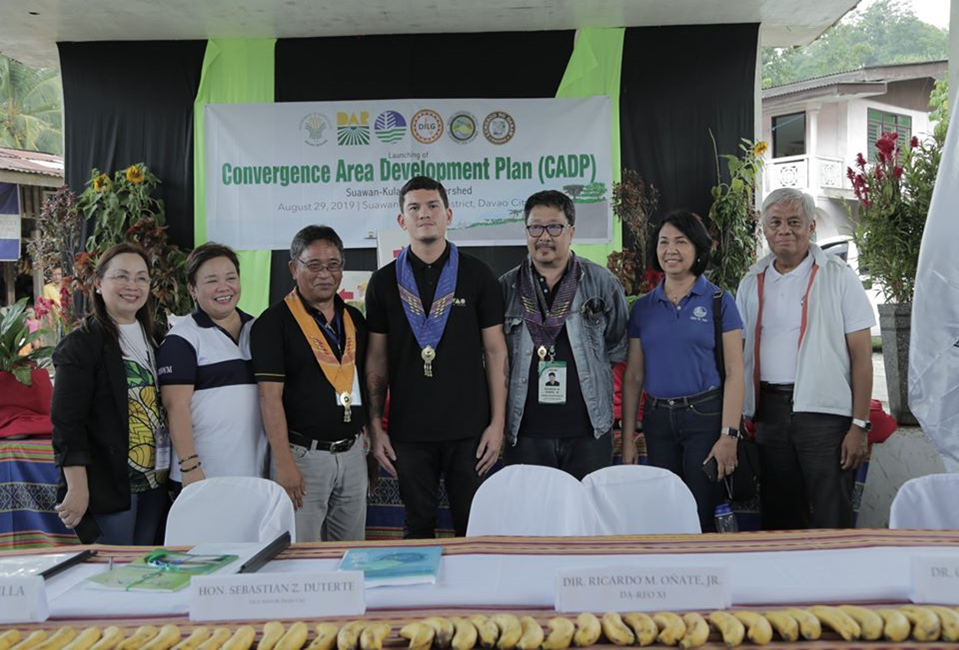 The beauty and the natural resources of Suawan-Kulafu Sub-watershed is visible through its vast fertile land, rainforests, watersheds, and the preserved culture of its indigenous people. It covers an area of 22,680 hectares in Marilog District, Davao City.

This watershed has been chosen as a pilot site for the implementation of the Convergence Area Development Plan (CADP), a five (5)-year comprehensive plan that will address the management of the watershed and ecosystem in a holistic and sustainable manner. This will be undertaken through the implementation of the government’s interventions and programs to achieve the production target of five percent (5%) increase, as well as increase in farmers’ income.

With the vision to empower local communities and promote sound ecosystem, the implementation of CADP is spearheaded by the four core government agencies, namely: Department of Agriculture (DA), Department of Agrarian Reform (DAR), Department of Environment and Natural Resources (DENR), and Department of Interior and Local Government (DILG). They will be pooling their resources together to implement the projects in the area.

The potential of the area

Upon its classification, Suawan-Kulafu sub-watershed is one of the eight sub-watersheds under the Davao water surface and groundwater yield. It covers seven barangays namely: Suawan, Tamugan, Magsaysay Salaysay, Dalag-Lumot, Marilog Proper and Malamba.

This area emerged as the top priority for CADP because of its natural resources. It has water sources that can be tapped not only for irrigation that can supply the rice fields in the nearby areas but also for domestic use of the residences in Davao City. This area also serves as a habitat for the Philippine Eagle. This is a protected area for biodiversity and it is covered by the Indigenous Peoples’ Rights Act of 1997” (IPRA Law).

These seven barangays have a high poverty incidence since the average income of each family is only P1,500 to P5,000 per month. This is the reason most of the parents are not able to send their children to college.

DA Davao Regional Technical Director, Marila Corpuz, said that with the farm to market roads, certified seeds, fertilizers, cacao and other fruit tree seedlings, vegetable seeds among other assistance from DA, the production and income of the residences in Suawan-Kulafu sub-watershed will increase.

However, most of the production area are hilly and susceptible to soil erosion and flash flood due to the extent of degraded forest. Thus, both upland rice and corn production have not met its full potential because of this issue.  The DA will be coming in to address this.

“Our goal is for our farmers reach the potential production of their land by assisting them.  This CADP will be our weapon to achieve this goal,” Corpuz said.

As a kickstart, the DA turned over vegetable seeds, among other assistance from DA, the production and income of the residences in Suawan-Kulafu sub-watershed will increase.

When he was informed that his barangay will be one of the CADP’s chosen beneficiaries, Magsaysay Barangay Captain, Rolando Mansi, without second thought, expressed his willingness for his area to be included in the CADP.

“We have 36,000 hectares of ancestral domain area under my barangay. If the government agencies will come in, they are very welcome as we, in this barangay, welcome development,” Mansi said.

With grateful hearts, all the barangay officials are hoping for the fast implementation of the programs of DA, DAR, DENR and DILG with the CADP.  They also urged their constituents to cooperate in all the programs that will be coming in to their barangays.