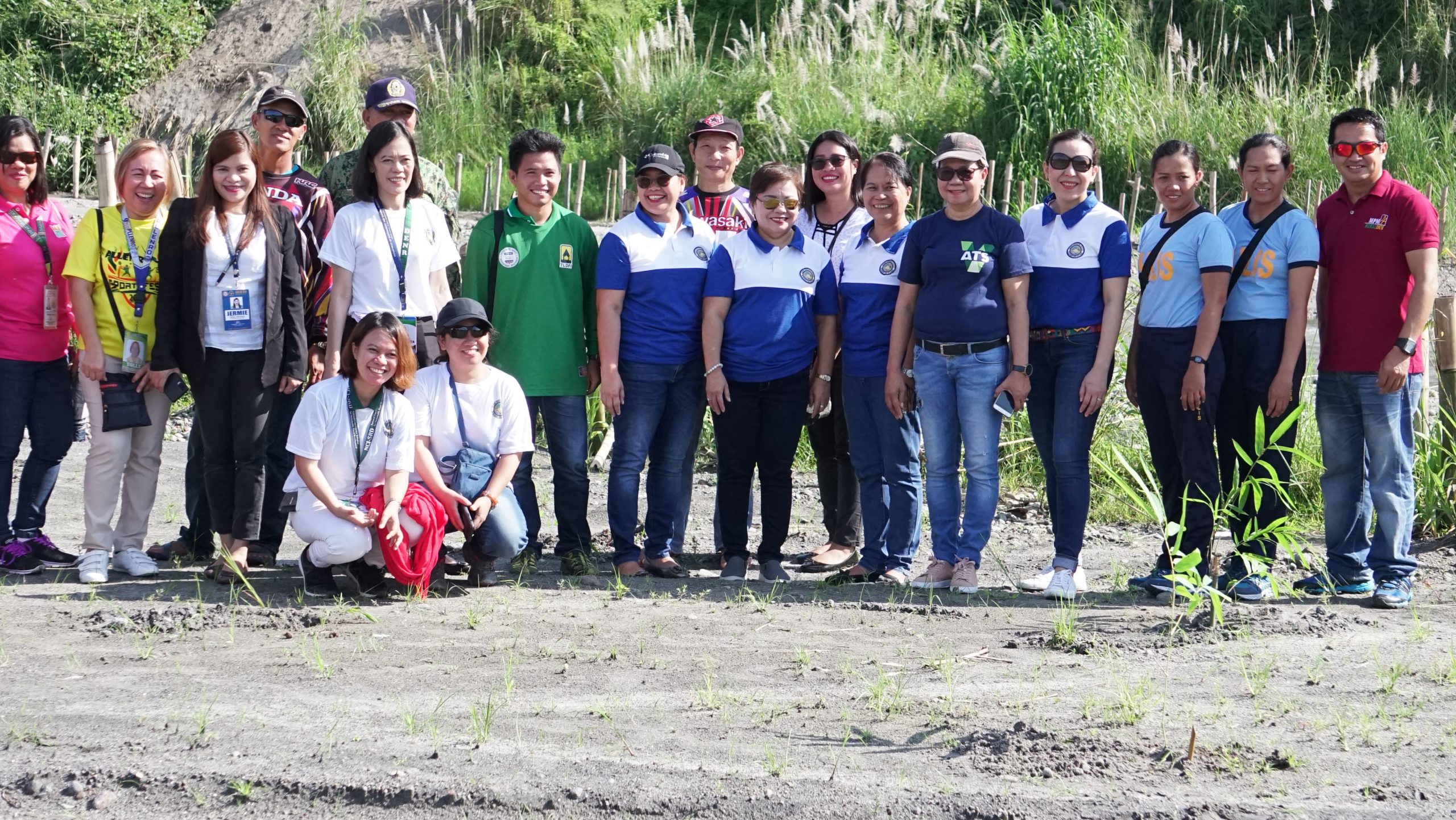 In its incessant efforts to eradicate poverty in the countryside, the national government through the National Convergence Initiative for Sustainable Rural Development (NCI-SRD) is continuously fulfilling its paramount commitment of developing communities through convergence.

In SOCCSKSARGEN (Region XII), the Regional Convergence Initiative in partnership with the provincial government of South Cotabato and its three municipal local government units: Lake Sebu, Surallah, and Tboli, have identified the Allah Valley Watershed as the region’s first convergence area. The three municipalities have an aggregate land area of 102,289.95 hectares.

The land area is drained by the Allah and Banga Rivers System and their tributaries through portions of the provinces of South Cotabato and Sultan Kudarat.

Allah River has been playing a crucial role in the socio-economic development of South Cotabato. However, there are confronting issues and challenges involving environmental concerns affecting its forest, rivers and lakes, economic losses and dislocation, social decline and deterioration negatively affect the quality of living of the communities, thus, the Regional Convergence Initiative (RCI) has formulated the Allah Valley Convergence Area Development Plan (CADP) which was approved by the NCI-SRD on June 02, 2019.

This CADP is eyed to optimize the land utilization of upstream resources to eliminate dangers among downstream areas through the stabilization of river banks.

Guided by the principles of sustainable development, the overall development goals for the CADP shall focus on the following: environmental protection, economic growth, and the improvement in the quality of life of the people in the area.

There were series of consultations, workshops and team networking to develop the CADP.

The CADP 2018-2022 envisions a resilient, adaptive, and sustainable protected landscapes governed and managed by empowered stakeholders and institutions where there is equity, peace and harmony by year 2025.

It endeavors to develop, manage, and govern a self-sustaining resilient and adoptive protective area while adopting the integrated watershed governance approaches using logistic and bi-sectoral collaboration that respond to the community of the Allah Valley Watershed.

The formulation of the Allah Valley Watershed – Convergence Area Development Plan, which anchors on the ridge-to-reef or watershed ecosystem management approach, will serve as the framework for the attainment of the common vision of responsible eco-tourism, sustainable agriculture, and balanced ecosystem. 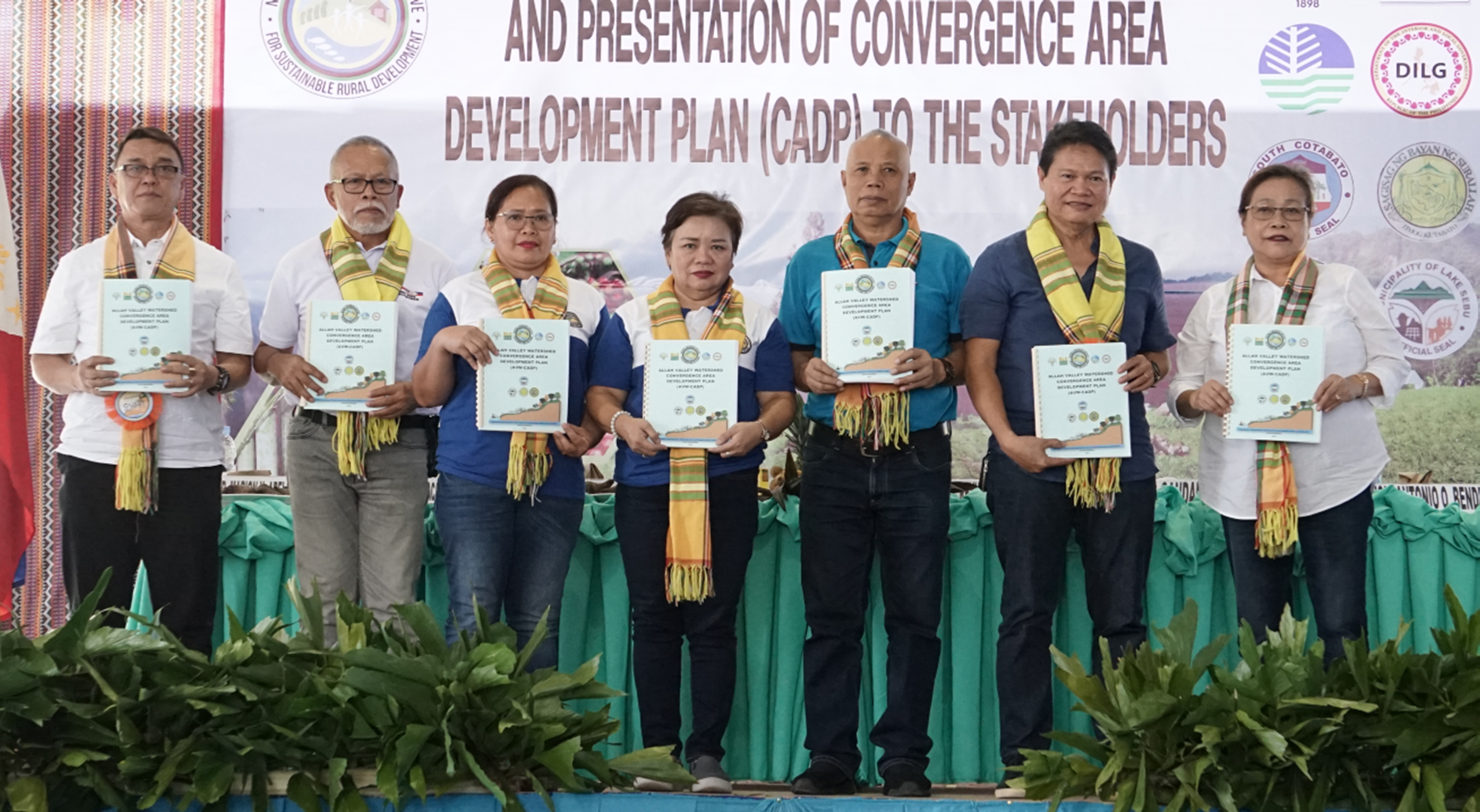 Agriculture in the Allah Valley Watershed

The municipalities in the Upper Valley of South Cotabato have a diversified economy but agriculture still constitutes as the main source of income of its population and these municipalities are:

Lake Sebu has a total land area of 89,138 hectares or 24 percent of the province’s total land area. It is composed of 19 barangays. A total of 26,817.513 hectares are devoted to agriculture.

The municipality of Tboli, on the other hand consists of 25 barangays with a total area of 91,527 hectares and is situated in the southernmost portion of the province with 16.24 percent of its land area is intended for agriculture.

Surallah has a total land area of 31,110 hectares comprising 17 barangays. It has an existing 12,990.44 hectares devoted for agricultural production.

RCI-SRD is pushing for the reforestation of denuded forest areas. Massive reforestation shall be done and the establishment of forest tree nurseries shall be established in 34 barangays in the municipalities of Lake Sebu, Tboli and Surallah.

RCI-SRD is also proposing for the provision of scour check structures to protect from erosion and siltation of Gabang, Tabudtud, Nawan and Hatol creeks and Ga-ao river in Tboli.

Riparian Zone Management would include activities on riverbank stabilization like re-vegetation and infrastructure interventions and capability building of communities. Construction of flood control facilities for riverbank in 136 barangays traversed by Allah River.

Poverty Alleviation through Sustainable Livelihood in Agriculture and Tourism

Under the Allah Valley Watershed CADP, municipal nurseries will be established for high value crops seedling production which will be distributed in all barangays. Reforestation using high value crops such as coffee, fruit trees, abaca, bamboo and forest trees to increase the forest cover at the same time help in increasing the family income of the farmers living in the Allah Valley Landscape.

Lake Sebu as the Summer Capital of the South which include Lake Seloton, Lake Lahit, Seven Waterfalls and the Trankeni Falls will be targeted to be part of the project. Ecological camp at Lake Maughan which may include water sports activities like boating, swimming and rowing will be established. Along the rehabilitated river bank, a one-stop shop for agri-fishery products will be developed. There is a need to further promote private sector and community participation to attain sustainable tourism and agriculture and environmental protection.

Construction/Upgrading/Provision of infrastructure support to agriculture and tourism.

On October 18, 2019, the Regional Convergence Initiative for Sustainable Rural Development XII launched the first convergence area in the region.

Hundreds of farmer-recipients from the three municipalities attended the CADP launching in the municipality of Surallah which was also graced by the top-most regional officials of the four rural development agencies.

Milagros C. Casis, Regional Executive Director of DA XII, expressed her gratitude to the provincial government of South Cotabato and its three municipal governments for showing-off their valuable support as instrumental fractions in the development of communities through convergence ingenuities.

The lady director also committed the conduct of capacity enhancement activities through the intensification of the IEC materials in values orientation, production and production technologies, financial literacy, and farm economics.

“We will also help in the protection of our forest by pushing for the integration of coffee and abaca farming,” Director Casis said. She also added that the agency will also be giving agri-fishery support for the rehabilitation of the river banks.

She further vowed to facilitate the recipients’ access to various infrastructure that would link their produce to its intended markets.

“The DA also vows to facilitate our beneficiaries in product development and marketing by providing them appropriate postharvest equipment and facilities,” she added.

“We will also help in solving your problem in tenurial instruments,” he added.

Engr. Marion Abella, Regional Executive Director of the DAR XII, also said that the agency will implement various programs such as infrastructure and production support under its foreign-assisted MinSAAD Program.

“Our launching today is a culmination of the long and tedious development of the CADP and the real action comes during the implementation,” she said.

The official hopes that the concerned agencies, local government units and stakeholders will join hands in the project implementation to ensure its success.